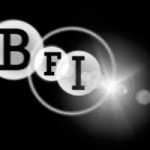 “Vietnam was what we had instead of happy childhoods” Mike Herr.

Feature documentary developed by the BFI

Logline: The son of a Hollywood legend searches for a way to make a difference as a photojournalist in the Vietnam War.

Tagline: “Vietnam was what we had instead of happy childhoods” Mike Herr.

SEAN FLYNN, son of Hollywood legend Errol Flynn, seeks an authentic life as a war photographer in the Vietnam War. He vows to turn his back on the superficiality of life in Hollywood and all that his father stood for. With next-to-no experience and armed with only boldness, Sean faces hostility and ridicule from the established press corps.

He discovers a pack of fearless photographers and journalists, who include TIM PAGE (British photographer portrayed by Dennis Hopper in Apocalypse Now) DANA STONE (a logger from Vermont) MIKE HERR (Writer of Full Metal Jacket & Dispatches) and JOHN STEINBECK IV (son of the legendary author) They teach him not only what it takes to be a photographer in the war zone, but what it means to be a family and together they come of age as they change the world.

This band of brothers redefine forever how war is reported as they expose the true face of war, knowing that any second, their own lives may be sacrificed.